If You’re a Teenager, You Need to Watch ‘The Social Dilemma’ ASAP 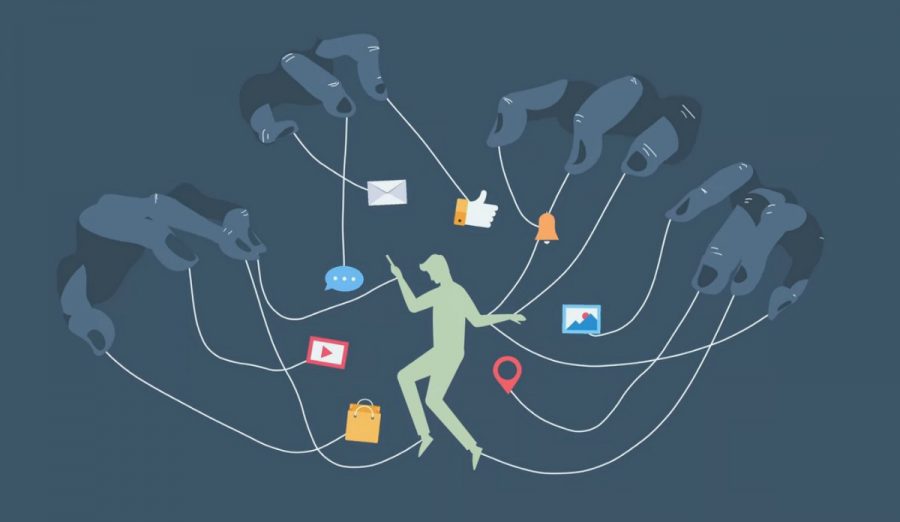 Photo courtesy of The Social Dilemma (2020)

“The Social Dilemma” (2020), a seemingly straightforward documentary that ultimately became an eye-opening, slightly terrifying and educational piece. The film dives into the hard truth about social media and its effects on users, specifically focusing on defining the unnamed problems within the technology industry.

The film’s unique structure jumps between different perspectives and provides a transparent view of the world of social media. Director Jeff Orlowski invites viewers to put their phones down and tap into the facts, real-life examples and the effects of our ever connected world. The main perspectives shown were of those who work in the technology industry and a fictional family of five. Each perspective breaks down different aspects of the social media world, explaining and exhibiting each one in a seamless fashion.

The interviewees set an ominous tone during the first 10 minutes and only continued that trend throughout the documentary. It gave the film a personal feel, making it seem as if you have known these people your entire life, even taking the time to explain how they are sucked into this unintentional hole with the rest of us. This portion essentially broke down exactly how companies target users by collecting every piece of their information to create a model designed only to stimulate addictive habits to entice users in continuing the use of their platform.

The fictional family of five is the perfect embodiment of what 21st century families look like — voodoo dolls of technology all thrown into one household. The dialogue was not only entertaining, but painfully accurate and helpful in supporting the situations that were exemplified not even two seconds before.

Throughout these two perspectives, viewers are met with terrifying statistics and insight into just how these companies have created such an impact on our society. The strategies are truly eerie, just because they really do work. Focusing on engaging, growing and advertising with users has created a rabbithole that an entire society has found itself trapped in.

“Advertisers are the customers, we’re the thing being sold,” Co-Founder of Humane Technology Aza Raskin said.

These stone cold facts took center stage in my mind, which honestly only heightened the validity of their argument: viewers are forced to evaluate themselves and understand how they really aren’t themselves, just the product of well-produced advertisements.

“How much of your life can we get you to give to us?” former executive of Facebook, former President of Pinterest and current CEO of Moment Tim Kendall said. (13:52)

As this line settled in my mind, I was forced to come to terms with the true impact of seemingly harmless technological advancements. Captivated by the somewhat distressing theme of the documentary, feelings of panic and realization left me frozen in front of my screen. I had unknowingly tethered myself to an online persona that I will never escape from, a persona that almost feels as if I signed a contract designed to waste away my life.

Growing up in the world of social media has tainted my upbringing in a sense, but I feel as if this is common knowledge for Generation Z teenagers. In reality, our generation’s interests, what we buy, our actions, our morals, news, political views and everything in between has been built by feeds that are tailored to gradually influence us.

It would be foolish to not watch the documentary. The informative agenda undoubtedly shows the negative effects of social media and exemplifies what being engulfed into this world so early means for our generation. It is our duty to understand the complexities of the world we live in, and this is one way to do it.