OPINION: A Moderate Candidate is the Only Chance for Democrats 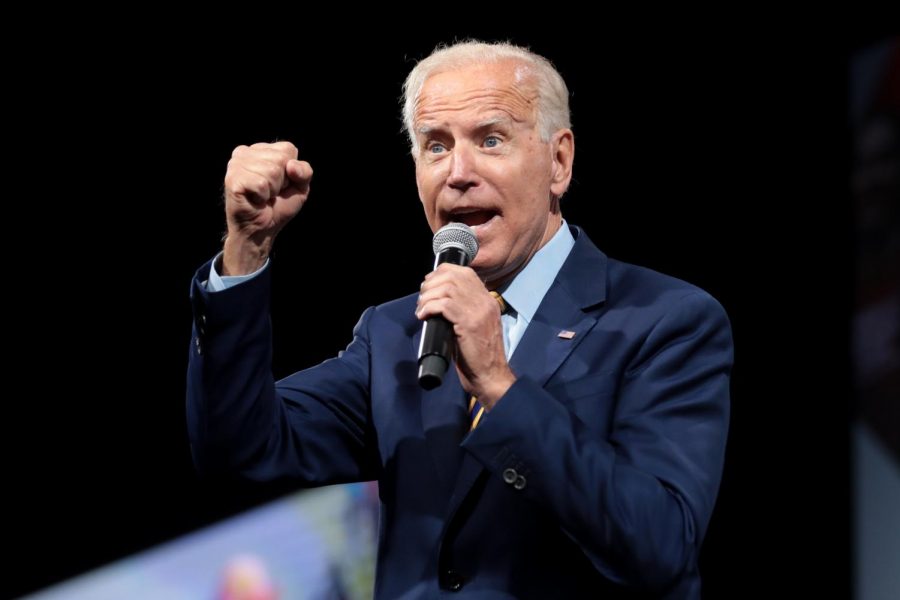 Joe Biden is leading the primaries with 637 delegates prior to his momentous "Super Tuesday" triumph.

In the wake of arguably one of the most polarized and media-stormed elections in all of U.S. history, partisan radicalism still seems to be consuming American politics as the 2020 election rapidly approaches. As a matter of fact, this kind of extreme activism that has become modernly associated with screaming feminists marching along the city streets is a compelling reminder that the U.S. president still maintains a unique sacredness in the hearts of Americans, even as the U.S. executive branch languishes to congressional opposition.

Truth be it, over the past century, the president has transformed into a public figurehead of partisan representation, rather than a true chief of policy. Unsurprisingly enough, the U.S. president ranks as one of the least powerful executive law making positions of all the other presidential nations, and it was always intended to be this way. The executive branch was designed to be the least powerful of the three branches in order to definitively separate it from the rigid monarchy America’s founding fathers combatted.

As partisanship increasingly divides the nation into two colors, fueled by media sensationalism, moderate candidates may be the only hope for Democrats to appease this executive battle. While the protests and marches produced impressive media storms, they likely reinvigorated the Republican agenda to a similar extent as the failed impeachment trial. They undoubtedly fulfilled their civic duties for the decade, however, these missteps have engendered quite the dilemma for the liberal party in this upcoming election.

Even as President Donald Trump establishes impressive precedents through his aggressive bargaining and prolific use of emergency powers, it’s clear that our presidents will forever function beneath the constitution’s stiff preclusion of tyranny. Trump’s impeachment inquiry, although ultimately thwarted at the Senate, is a reassurance of exactly this.

So, in reality, if the U.S. President is so intrinsically restrained by his lawmaking powers, why did the 2016 election result in one of the largest American public reactions (and protests), in our history?

Aside from the additional right-wing dominated Congress, as previously mentioned, the president is merely the public face of a political agenda. When a candidate so ‘radical’ and contentiously outspoken as Trump marched his Republican scheme right onto the steps of Washington, the Democrats expectedly reeled in anguish. However, this astonishment soon transformed into nationwide uproar met by the image of angry progressives marching around the streets, protesting Trump’s inauguration among other issues regarding the bombshell election. It’s clear that to the American public, our president isn’t just any democratic representative.

While the hectic political climate in 2016 created the perfect storm for Trump, a candidate that likely wouldn’t have gone nearly as far as he did without such unprecedented conditions, the pressures are on for Democrats to locate a figure of centrism to pull in the crucial swing states. The issue is, while socialist progressives like Bernie Sanders are perfect for the highly active and outspoken liberals comprising the forefront, his polarized politics fail to represent the majority sum of moderates composing the voter potential. At this point, the Democrats don’t have to win, all they have to do is not lose another term to Trump.

Even if an exhaustive progressive like Sanders were to win the primaries in spite of growing Democratic centrism, they would undoubtedly face quite the struggle pulling in the independents and swing states in 2020. At this point, it seems that Democrats are too busy battling each other for primaries rather than focusing on electing a candidate capable of supplanting Trump in November. Now, such boils down solely to their ability to promote an appeasing equilibrium of policy. Not to mention that the current Democratic candidates display a severe lack of general diversity, an issue that is sure to injure them in the upcoming caucuses.

With little options left, it’s doubtful that the 2020 election will culminate in an unanimously satisfying outcome for the liberals no matter the direction it goes, though such is simply the nature of our great democracy. Once more, at this point, all the Democrats have to do is not lose.