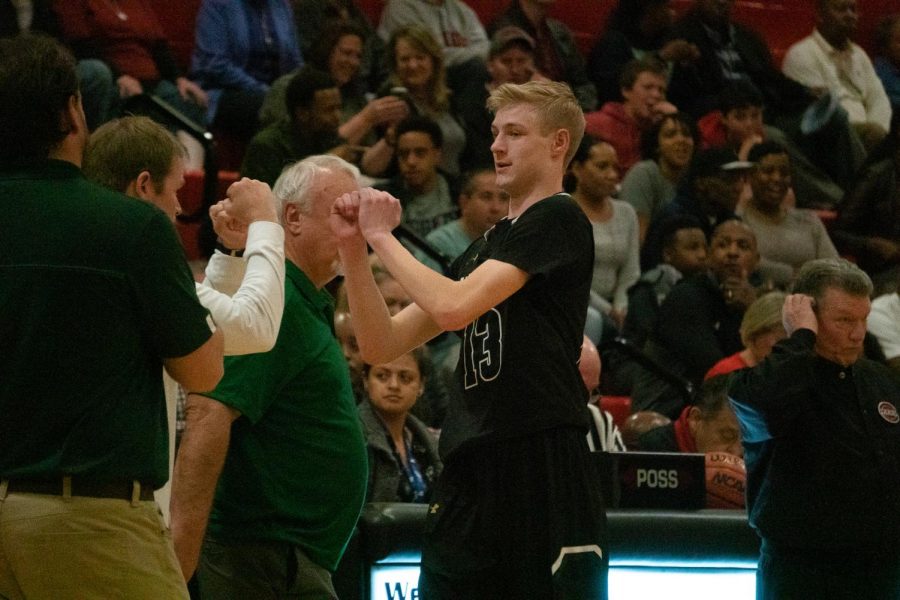 As Mountain Vista’s varsity men’s basketball walked into the Rangeview High School gym, the pressure was on. The Sweet 16 playoffs meant high expectations for the players to perform to get the win. After making the Final Four last season, the team had a goal to show up one more time.

“We had a great run,” senior Charlie Sabin said. “We played the number one team in the state, and they were amazing. Last year we made it to the Final Four, and lost against Rangeview. Our goal [this year] was definitely to win the state championship because I think we have a lot of talent on our team. So our goal was just to go in there and kick butt and basically just go off.”

At the start of the game, Vista kept the game competitive in the first two quarters rivalling the team’s top players. At the end of the first quarter, the score was a nerve-wracking 17-14 with Rangeview in the lead.

“We played super hard the first three quarters,” Sabin said. “And we definitely punched [them] him in the mouth.”

Towards the end of the second quarter, senior Rhys Pulling made a pass to sophomore  Henry Gamble who scored from the three-point line. Vista’s dominant performance continued after halftime and through the third quarter.

“The other team was super good,” Sabin said. “We were just trying to keep pace with them the entire game, and then once they started just hitting their shots, we started missing a few shots and then it just kind of fell from there.”

The tone of the game changed drastically at the start of the fourth quarter.

Rangeview was in the lead with 68-57.  Eventually, Vista fell to their opponents, ending their season, with a final score of 94-73.

“[Losing] was tough because I think we have some of the greatest seniors in the state,” Assistant Coach Mamunes said. “They [players are] just such good kids. They’re such good players. They gave a lot to this program. They worked their tails off, since they were little, and especially in the Vista program. So, it was tough.”