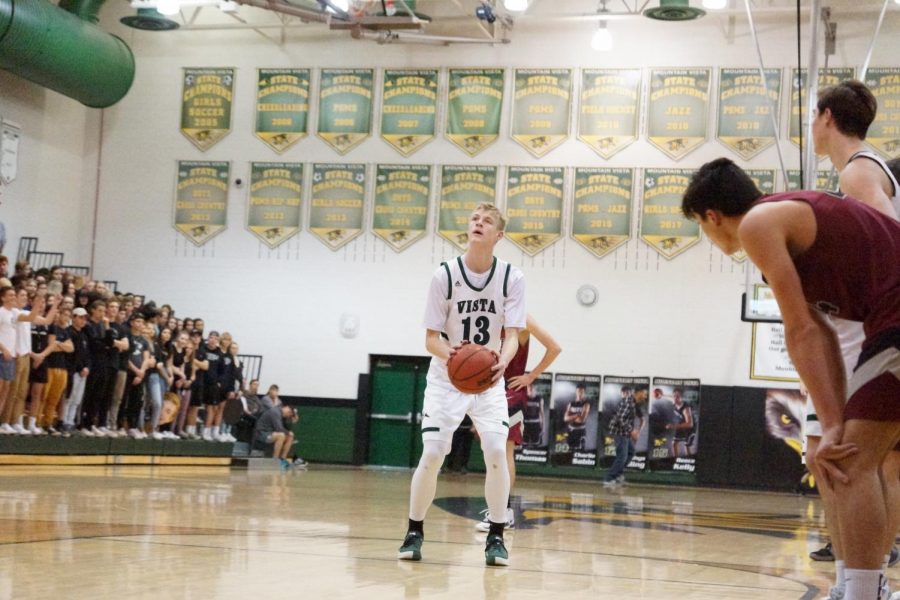 It’s the time of year every athlete anticipates all season. The playoffs. There is no tomorrow. Every game, every play, every second. It matters. The girls basketball team fought hard against Broomfield in the round of 32, but, unfortunately, their season came to a heartbreaking end.

After being down 7-0 in the first few minutes, Vista picked up the pace and kept a lead for the rest of the game. When the second half began, the score was 21-15 with Vista in the lead. Due to many poor circumstances, the girls lost the game 49-48 in overtime. Just like that, as quickly as the playoffs started, they ended for the Mountain Vista girls basketball team.

Additionally, the boys basketball team is still in great shape! They played their final home game in the round of 32 against Chatfield. They came out with a dominant win outscoring Chatfield 91-55.

They are heading to the Sweet 16 against the number one ranked 5A school, Rangeview. The boys will have to fight and compete for a win, which would earn them a spot in the Elite 8, sending them to the Colosseum. Best of luck to the Mountain Vista Boys basketball team.