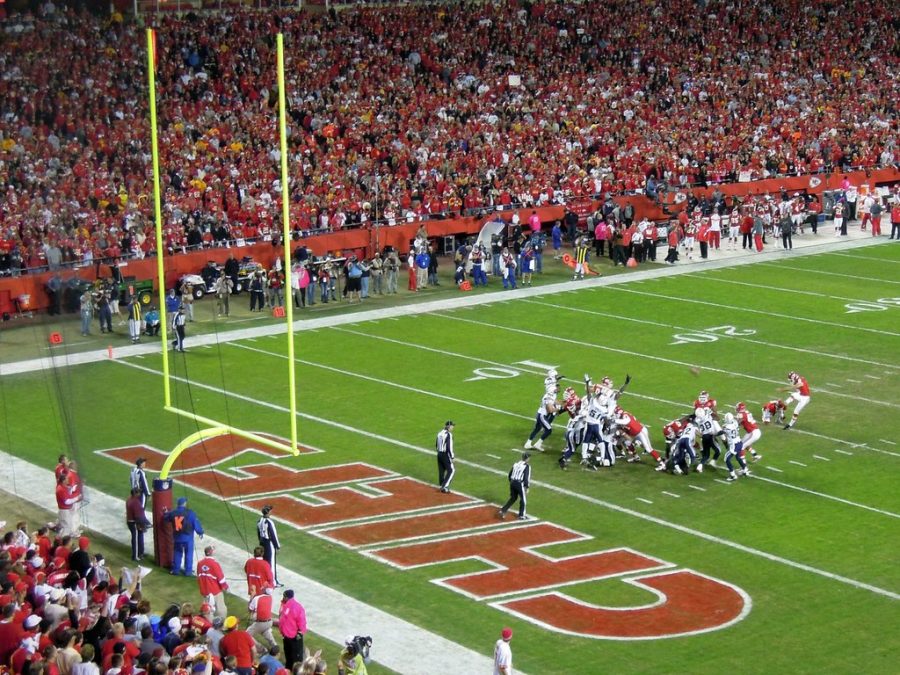 SuperBowl LIV will always be remembered for its competitiveness. Passion was displayed through every player on the field, represented by the way they played the entire night. After competitiveness and determination through the regular football season, the San Francisco 49ers and the Kansas City Chiefs made it to the most rewarding game that football has to offer.

In the first quarter of the game, the 49ers came out strong with a field goal kick after an opening drive, making that the first team to score. Patrick Mahomes, quarterback for the Chiefs, scored the first running touchdown of the game into the end zone after a 4th-down conversion, making the score 7-3.

In the second quarter of the game, quarterback of the 49ers Jimmy Garoppolo threw the ball to running back Kyle Juszczyk, who scored a touchdown. Then shortly after, a field goal kick from Chiefs kicker, Harrison Butker, left the score tied at 10-10 going into halftime.

The halftime show was 12 minutes long, with six minutes for Shakira and the other six for Jennifer Lopez. Both performers brought a Latino vibe to the stage, making it the perfect ensemble for Miami and people attending the game. Both artists got to see the spotlight and ended the show together, bowing to the audience.

The third quarter of the game was full of determination. It was go-time for both teams because the score was tied up. The 49ers came out stronger than the Chiefs with a short run from Raheem Mostert, who scored a touchdown, and a beneficial field goal kick from Robbie Gould. This gave the 49ers a 10 point lead going into the fourth quarter. The score standing at 20-10.

The last quarter belonged to the 49ers to pull out a win, but the unexpected happened. Mahomes carried his team to victory in the fourth quarter. Mahomes threw a 44-yard pass to wide receiver Tyreek Hill, who scored a game-changing touchdown. After four consecutive passes bringing the Chiefs to the 10-yard line, and a 5-yard touchdown pass to Damien Williams, the odds were in the Chiefs’ favor. The Chiefs defense then forced a turnover on downs, but Williams added another touchdown after he broke free for a 38-yard touchdown run. Thus sealing the win for the Chiefs. Mahomes delivered in the most critical game of his career, leaving the final score at 31-20.

Listening to interviews taking place on the field after the game by Fox, Patrick Mahomes said, “I am where I am because of my faith. My walk with Christ has shaped who I am today.” He continues by saying, “Out on the field, I am not just putting a show on for my Chief kingdom, but glorifying God.”

He is one of the youngest and most influential players to seal a win at the Super Bowl. With his leadership, he pulled the team together. The entire team put their hearts on the field and that is the biggest advantage they had: their drive to win.