Star Wars: The Rise of Skywalker Review – A Great Start to a New Generation 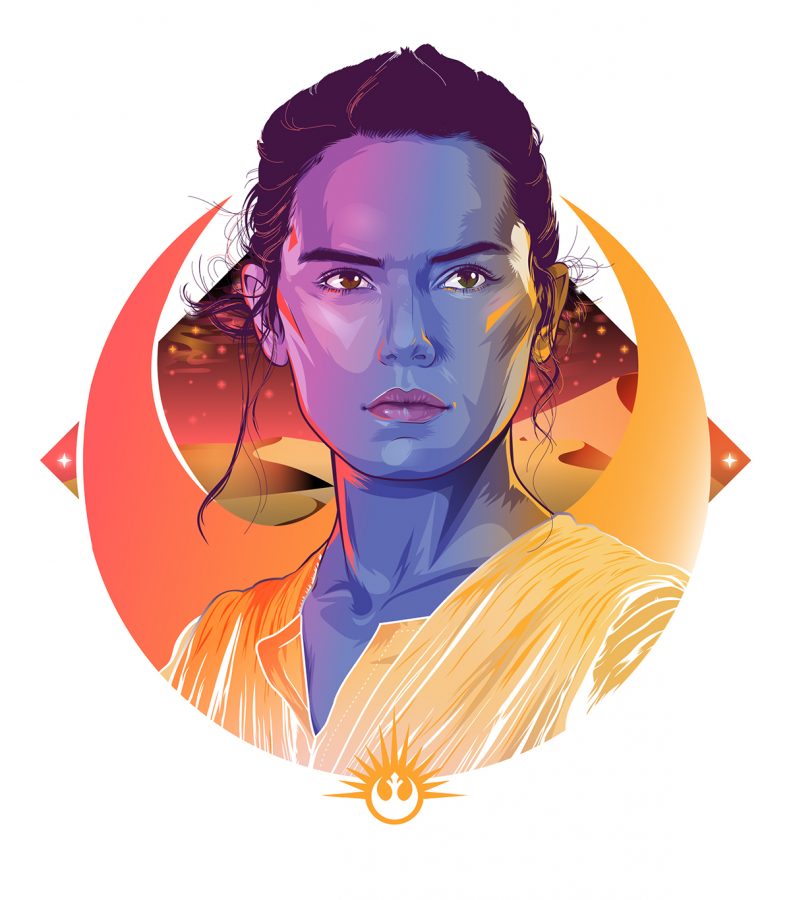 Some have been skeptical of “Star Wars” since Disney bought it out in 2012. “Star Wars: The Rise of Skywalker” is the final movie of the first trilogy and all fans are ready to see how they conclude it. In the latest installment of “Star Wars,” the rivalry between Rey and Kylo Ren comes to an end in hopes of stopping a greater evil and bringing peace to the galaxy.

In this movie, director JJ Abrams pulled off a nearly impossible task in allowing Carrie Fisher’s character Princess Leia to continue to exist in the “Star Wars” universe. Carrie Fisher died in Dec. 2016, and Lucasfilms Ltd. made a point in allowing Princess Leia play a role in the movie. In “The Rise of Skywalker,” Princess Leia played a major role as the leader of the resistance. They brought Carrie back to life in this movie using unused scenes from previous movies, and the editors used digital effects to bring her character to life. After watching the latest installment to “Star Wars,” the viewer can’t even tell that Carrie Fisher had passed prior to the filming of this movie.

The movie also has numerous nostalgic scenes throughout. The Rebels return to the Death Star, which is now crashed on the ocean moon Kef Bir. They also return to Ahch-To, the planet where Luke was hiding in the previous movies, and the force ghosts return to guide Rey on her journey when she is at her lowest point. We see the return of many “Star Wars” classics in this movie, which brings nostalgic feelings for the old “Star Wars” fans.

“Star Wars: The Rise of Skywalker” also contained some thrilling action scenes. From lightsabers to blasters, every battle in this movie is marvelous. Rey trains to become a true Jedi and strengthen her powers all while her rival Kylo Ren also grows in strength. This movie has battles that take place on new planets, the Death Star from the original trilogy and even on the edge of Empire ships. The tense fight scenes in this movie have the viewer on the edge of their seat from beginning to end.

Additionally, “The Rise of Skywalker” finally answers some of the unanswered questions from the previous movies. Rey gets some answers about her past, and she discovers her true identity. A resolution to the conflict between Rey and Han Solo’s son Kylo Ren is also achieved. We also get some more information on the past of Princess Leia and her life growing up with Luke. As a “Star Wars” fan, it is very satisfying to get some background information on characters old and new and receive answers to questions that I have been dying to know.

Some criticize this new addition to the “Star Wars” franchise because of the movement toward a newer generation of “Star Wars.” Because of the new characters introduced in this trilogy and the growth they have experienced, this movie has been nicknamed ‘the end of the Skywalker saga.’ Fans may wonder how “Star Wars” could exist without classic characters, like Luke Skywalker or Han Solo, but with the introduction of new characters like Rey, Finn and Poe, the adventures continue.

The “Star Wars” franchise has been one of the most successful movie franchises ever, and “The Rise of Skywalker” exceeds previous expectations. With the satisfying ending to characters who seemed timeless and the introduction of new characters, the universe will never die and a new generation of “Star Wars” characters and fans have been born. I would highly recommend it to anyone because it puts a great end to the age of Luke Skywalker and allows for many new stories to be told in the future.