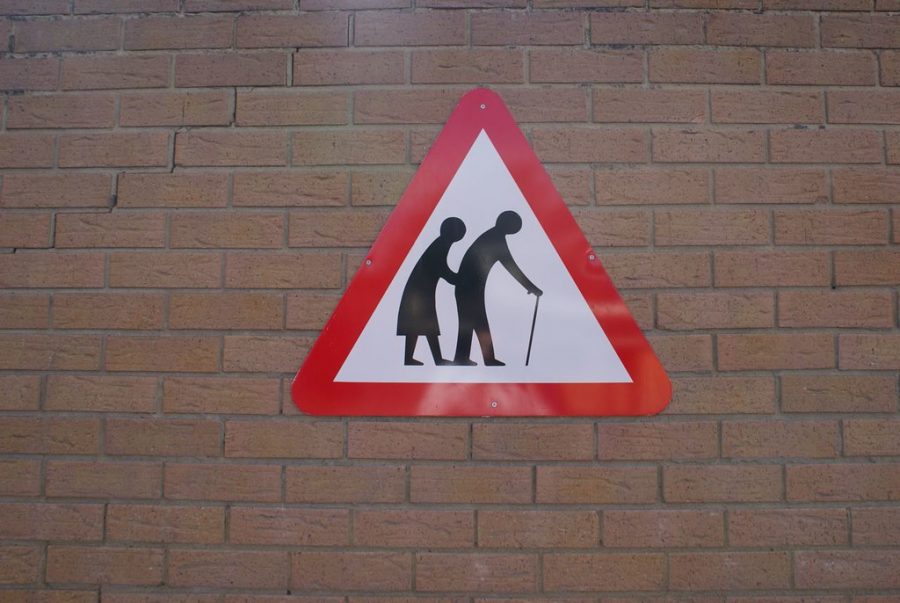 World War G, 2019. After suffering several defeats by the hands of the Boomers, the Millenials and Gen Z pulled out their secret weapon. “Ok boomer.” The result was devastating. Millions died instantaneously, governments were shattered, the elderly were thrown out onto the streets –at least that’s what one would have thought happened based on the extreme outcry the trendy phrase caused. “Ok boomer” is no atomic bomb. In fact, it’s more like a stink bomb; somewhat annoying but otherwise a harmless joke.

In order to understand the complete ridiculousness of “ok boomer,” one must first understand the trend’s origins. “Ok boomer” originated on TikTok, a social media platform where users lip-sync to songs, after one man decided to give his opinion on the younger generations.

“Millennials and Generation Z have the ‘Peter Pan Syndrome,’” @old_school_is_not_so_bad said, “They don’t ever want to grow up.”

After years of being at the center of the older generation’s criticism, the youngsters decided to take out their frustrations in the best way they know…turning it into a joke. Thus, “ok boomer” was brought into the world.

Thousands of teenagers jumped onto the “ok boomer” trend, including Soundcloud artists, Peter Kuli and Jonathan Williams, also known as Jedwill. The two artists produced their take on the trend in the form of a song creatively named “ok boomer.” The song featured the term “ok boomer” screamed into the microphone a total of 56 times, as well as poetic lyrics like, “It’s funny that you think I respect your opinion when your hairline looks that disrespectful.” The song increased the popularity of  the term “ok boomer” after 233,800+ TikTok users made videos with it. There is no denying that “ok boomer” had blown up in popularity; however, the real question is whether or not the term is more than a joke.

In a tweet that has since been deleted, radio host and Baby Boomer Bob Lonsberry stated that “‘Boomer’ is the n-word of ageism.” Apparently, it gets worse. “Ok boomer” does not stop at being an age-based ‘slur;’ it also trancends into workplace discrimination.

In the article “Opinion: Hey, don’t ‘Ok boomer’ me at work,” University of Oregon School of Law Professor Elizabeth C. Tippett argues that “ok boomer” can be considered harrassment and age-based discrimination. Tippett’s primary evidence is the Age Discrimination In Employment Act. This act protects workers over the age of 40 from age-based harassment and discrimnation. Tippett argues that since “ok boomer” is age-based, it falls under this act. Yikes. Mark Twain once said “If a person offends you, and you are in doubt whether it was intentional or not, do not resort to extreme measures; simply watch your chance and hit him with a brick.” Comparing “ok boomer” to the n-word and saying that it is harassment and discrimination is a pretty hard-hitting brick. Especially for such a silly joke.

Even though many do not feel that “ok boomer” is a ‘slur’ or ‘age-based discrimination,’ some think it is a measure to silence older generations. In the video “Baby Boomers React to Ok Boomer Memes,” one reactor, Mark, said: “We might be making a big deal out of it, but I do think it is a shut up.”

In another video called “Millenials and Gen Z react to Ok Boomer Memes,” the generations that created the trend shared their opinion.“I’m not taking this seriously, people shouldn’t take this seriously.” one reactor said. This seems to be a common belief among the reactors in the video. Not all Boomers shared the opinion of Mark. In the same video, Ruby said: “I just think it is a lot of fun. They’ll (younger generations) get a lot of laughs out of it and go somewhere and have a banana split.”

When telling a joke or playing a prank, the main goal is to get a response. “Ok boomer” got just that. In fact, maybe it got too much of a response. At its heart, “ok boomer” is just a joke. Having said that, the massive response form Baby Boomers made it seem like some horrible act. As one millenial reactor stated “It wasn’t that serious. It was more fun, however if they want to take it that way, that’s their problem, not ours.” Remember, a hate crime is not a hate crime just because someone hates it.