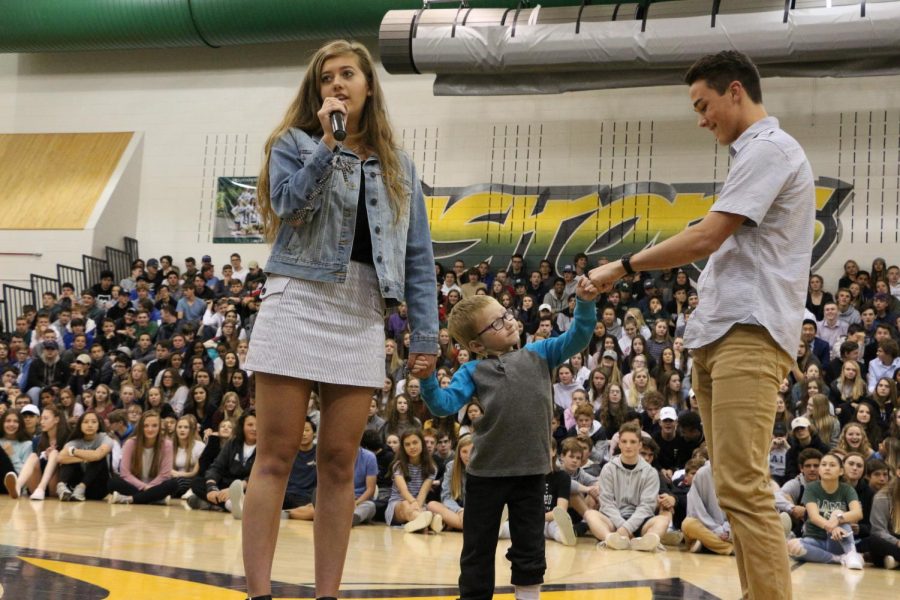 As the 2019 school year came to an end, underclassmen and juniors prepared for finals while the seniors celebrated the end of their spectacular High School career at Mountain Vista. Different traditions arose, such as the senior prank, the moving-up assembly, the cording ceremony, and of course the huge graduation at Red Rocks Amphitheater.

Monday’s closing assembly was packed with students as the graduating class of 2019 was honored for the last time in their high school gym. One of the many things the students were treated to that morning was a song written and performed by seniors Sam Evins, Nick Rogers, and Ian Spillman. The trio wrote the song as a goodbye to their high school years as they stepped into a new chapter of life. “After I walked out, it really hit me that, that was the last time I would walk foot in the gym as a high schooler,” Evins said. “I felt excited and accomplished, but I also felt scared and nervous for the future.”

Later during the assembly, Seniors Alex Simpson and Caden Kroonenberg were able to present an episode of their small web series, “Men on the Street” one final time before leaving. The final episode consisted of the two seniors asking teachers, rather than students, random questions about today’s music, pop culture drama, and much more. Though the jokes in the video are always rather corny, Simpson and Kroonenberg’s videos will be missed by students of Mountain Vista. “I think our class especially left a huge impact on Vista through Wish Week and through Marlee, Kenyan, and Gabby.” Simpson said. “I just hope that the underclassmen saw how important those kids were. [I hope] they continue our legacy in the next few years.”

Once seniors exited the gym, a few more speeches were made by teachers and students thanking the community of Mountain Vista for such a fantastic year. Wish Kid Chad even made an appearance as an example of the community’s excellent team work to create something incredible. After all the thank you speeches were said and done, it was time for each class to move up. Though to some it may seem like just a quick walk across the gym or through the bleachers, it really means much more. It’s a milestone of your high school career, which marks growth, maturity, and progress. Now that the seniors are gone, the juniors have some big shoes to fill as next year’s seniors.

Congratulations Class of 2019, Mountain Vista High School wishes you the very best in the real world.