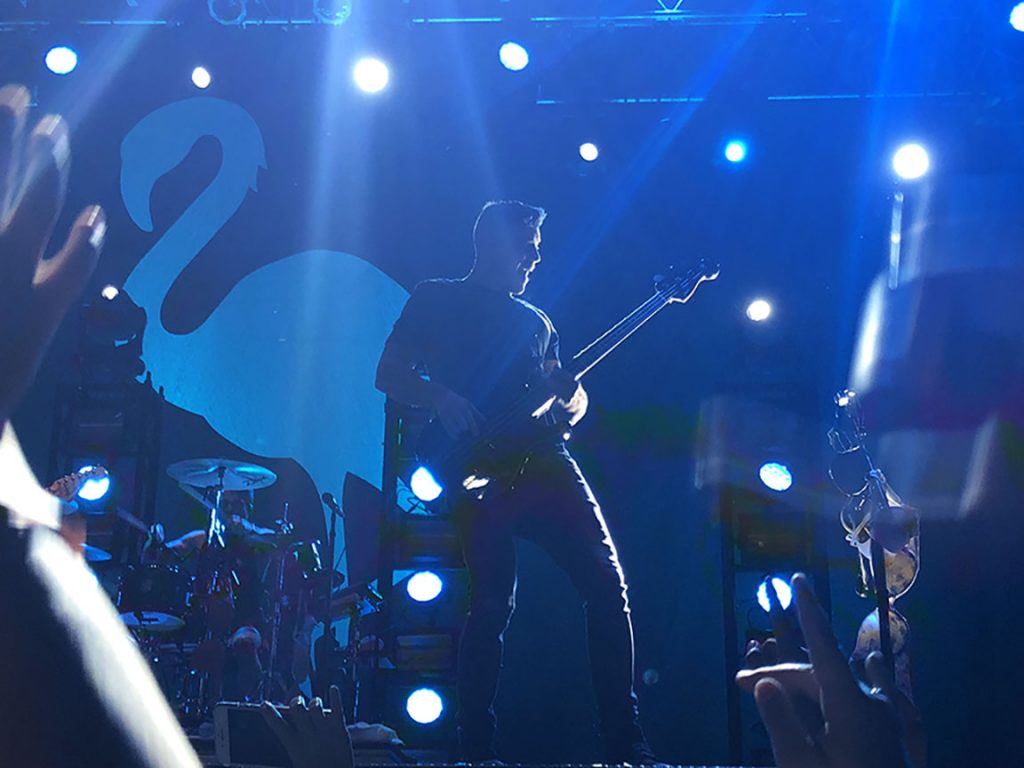 “Don’t lose your fight, kid. It only takes a little push to pull on through.”

In the year 2003, five young high school students living in Towson, MD formed a band they had no idea would blow up. Originally covering songs by punk bands such as Blink-182, the band was quickly discovered and picked up by Emerald Moon Records just a year after forming. Today, All Time Low has a following of over 1.3 million fans globally. Over the past seven months, the band has toured in Europe, the United States and Australia. This gives many people the opportunity to experience the band’s music which can be used as a release or a helpful coping mechanism.

Emma Stanek, a sophomore at MVHS, has loved All Time Low since she was in fourth grade. “They’ve helped me through a lot with their lyrics so it means so much to see them live,” Stanek said. “The feeling of being with everybody who likes them is just so uniting.”

Senior Riley Davis attended the show in Las Vegas, NV. “My seats were on the floor which was really fun,” Davis said. “It was really interactive and you got to dance with other people and just be closer to the bands.”

Being someone who attends many concerts year-round, Stanek is familiar with the different kinds of “vibes” you can find at different concerts. “Since it was in such an intimate venu, I think the happy vibe was pretty relaxed too,” Stanek said.

Not only were spectators there to enjoy All Time Low’s deep lyrics, slamming chords, and rhythmic beats, but also the creative energy that rapper Gnash gives off. The singer of the popular song “i hate u, i love u,” featuring Olivia O’Brien, joined the tour on Apr. 5 in Orlando, Fla. Gnash travelled with All Time Low for six months before he finished his portion of the tour in California on Oct. 13.

“A lot of artists talk about self-improvement and caring about yourself but Gnash talks about how you’re supposed to keep going after something bad has happened in your life,” said Davis when asked what sets Gnash apart from other artists.

There are only five shows left on the tour. The concert will conclude in Honolulu, Hawaii on Dec. 1.